You’re about to learn a new language for describing business processes, the Business Process Modeling Notation, or BPMN.  If you have done any process flowcharting, you will find it comfortably familiar at first.  But as you learn more about it, it will occasionally seem strange and, to make things worse, strict and unbending.  Because unlike traditional flowcharting, the shapes and symbols don’t mean whatever you define them to mean.  Their meaning is defined already in a specification.  So before we get started creating BPMN diagrams, I’d like to prepare you for the battle ahead by explaining why learning BPMN, and learning to use it correctly, is worth the effort.

Earlier, I said BPMN is flowchart-based and for that reason familiar to business, but it differs from traditional flowcharts in a variety of ways.  Starting with this: unlike with flowcharts, the meaning of each shape in BPMN is defined precisely in a specification.  You can’t just make up your own meaning for it, and there are rules about what can connect to what.  You can validate a BPMN diagram against those rules.  A valid diagram isn’t necessarily “good BPMN”, but an invalid diagram is definitely bad BPMN.

Besides its outward similarity to flowcharts, the other key reason for BPMN’s popularity is its nearly universal adoption by BPM Suite vendors.  BPM Suites are technology platforms sold by most major middleware vendors – IBM, Oracle, SAP, as well as dedicated BPM vendors – that automate the process flow and monitor performance in real time.  They all contain the boxes shown in blue here, starting with the BPMN process model, which is actually part of the executable implementation.  Developers add details underneath each shape in the diagram, defining data and the implementation of each process activity, using little or no programming code.  It’s all visual point-click design, what’s called model-driven, so it’s easy to change.  The executable design is deployed to the process engine.  In operation, receipt of the start message triggers creation of a new process instance, and the engine actually routes the instance through the steps of the diagram.  Human tasks are delegated to user inboxes, business rules are executed at the proper time, and queries and updates of business systems are automatically executed through the middleware.  As each step is completed, a timestamp plus selected business data is logged for Business Activity Monitoring or BAM, which displays actual performance versus defined key performance indicators in real time.  Because it’s model-driven, the process design can be changed to improve performance or when business requirements change.  Because the same language – BPMN – is used to specify the business requirements for the process flow and the actual implementation, it enables a closer collaboration between business and IT and a more agile iterative implementation style. 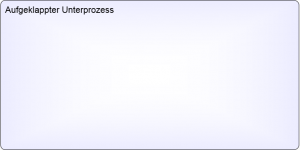 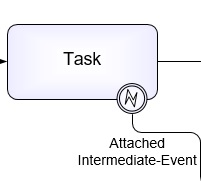